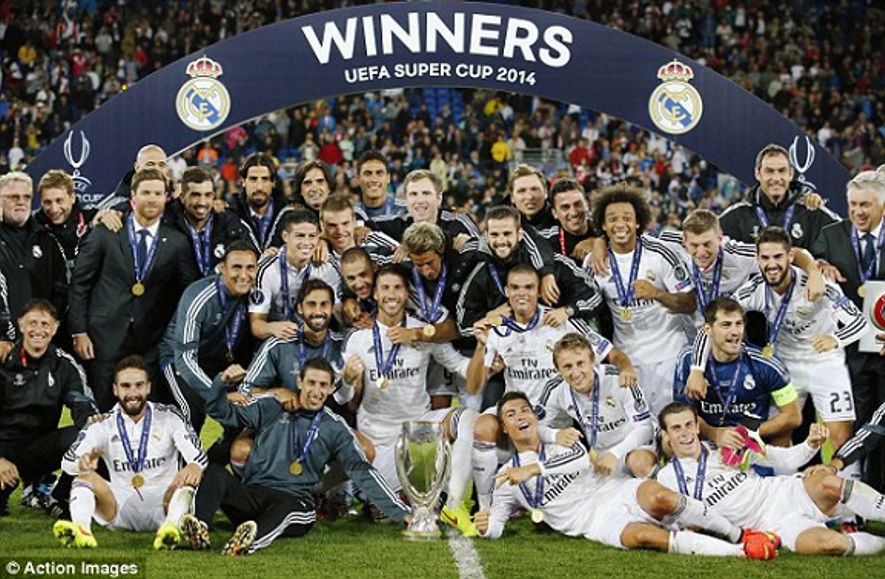 Cristiano Ronaldo put a disappointing World Cup behind him by scoring twice to win the UEFA Super Cup for Real Madrid with a comfortable 2-0 victory over Spanish rival Sevilla today in Cardiff.

The world player of the year netted just once as Portugal made an early exit from Brazil, but the goal-scoring swagger and might returned in Madridâ€™s first competitive fixture since the Champions League final win in May.