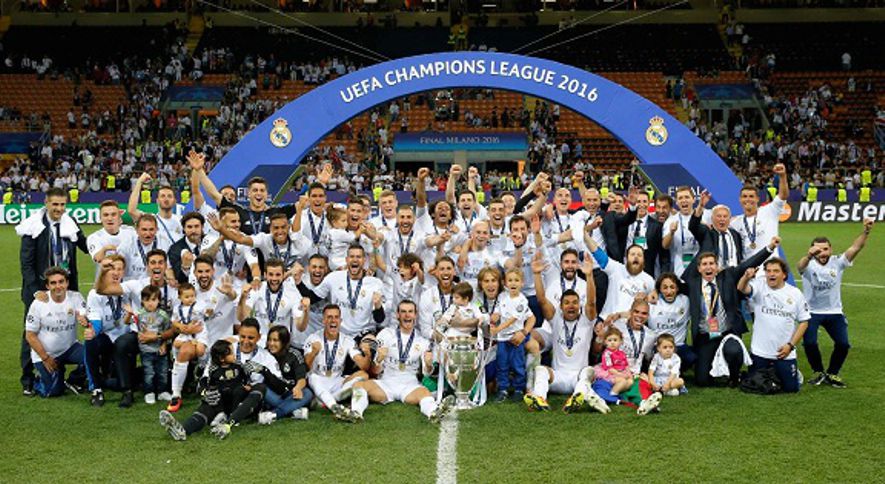 The Whites beat AtlÃ©tico in an epic final played in Milan, which went to penalties (5-3) following goals from Ramos and Carrasco in normal time.

It meant suffering until the final second but few teams are as reliable as Real Madrid in a European Cup final. Despite playing practically the entirety of extra time without substitutes and Bale, Cristiano Ronaldo and Modric clearly struggling, The Whites, two years after beating AtlÃ©tico in Lisbon, regained their continental dominance and lifted la UndÃ©cima to sky in Milan after an epic game, which showed no respite and was decided by penalties.

From the start the Whites looked focussed, united in the fight for a common aim. They came close to scoring in the 6th minute, but Oblak saved his team, blocking Benzema's shot from inside the six-yard box following Bale's free kick. He was unable to do the same nine minutes later. The goal, from Ramos just as in Lisbon, also came from a free kick. Kroos put the ball in play, Bale got a touch and the Real Madrid captain found the back of the net putting it past the rojiblanco defence.

But after Carrasco equalised in the second half and extra time could separate the two teams, it all came down to penalties. The key moment came when Juanfran, crashed the rojiblancoâ€™s fourth spot-kick against the post. Cristiano Ronaldo, just as Lucas VÃ¡zquez, Marcelo, Bale and Ramos before him, made no mistake from the spot and earned Real Madrid another European Cup. La UndÃ©cima is ours.